To look at the history of American soccer is to look at a series of poor investments, aging players, and over-ambitious owners. They all had a vision of what soccer could be in the states, but most ended up in the graveyard that we currently stand on.

First came the NASL. Founded in 1968, it spent like a major league, and attendances occasionally reflected that, but its ambitions were not sustainable compared to its current growth.

The indoor game took over in the 80s as the MISL had solid fan showings but dealt with financial difficulties. The league folded in 1992, but the foundation was laid for the current American soccer pyramid.

The USL (and its many iterations to follow) was founded in 1986, and in the early 90s, it began to gain traction as a true nationwide league. MLS took over in 1996, and while many USL teams have gone defunct, the governing body is still alive today with a trio of lower-league competitions.

Through this turmoil, a few soccer clubs have survived longer than the rest. 25 years might seem like the blink of an eye in the history of American sports, but it’s a lifetime for an American soccer franchise. Here are a few long-lived clubs that were around before MLS and are still kicking today.

When it comes to the most enduring club in American soccer, the race isn’t even close. The Milwaukee Wave has been in operation for 38 years — seven years longer than any other pro side in the US.

The Wave has competed in six different leagues — including three versions of the MISL. During the club’s heyday (and the peak of indoor soccer in the US) at the turn of the 21st century, the Wave averaged more than 8,000 fans per match while reaching the league championship game seven times in eight seasons (winning four times).

More impressively though, this year was the franchise’s first losing season since 92/93. The pride of Wisconsin has been a bastion of consistency in the chaotic landscape of American soccer for almost four decades, providing an admirable model for the rest of the country.

While it’s the oldest outdoor soccer team still in existence in the US, Charlotte is most well-known for its religious affiliation. The club is part of a nonprofit group called Missionary Athletes International, which, according to its website, “has a passion to share the message of Jesus Christ with people around the world through the sport of soccer.” What they won’t tell you is they openly discriminate against LGBTQ players.

On the field, the Eagles have spent much of their existence bouncing between the USL second and third tiers, twice winning titles in the lower division. In 2015, the club went to USL League Two (fourth tier), where it has stayed since.

Depending on technicalities, the Blast has a case for being the oldest pro soccer team in the US. The club joined the MISL — the first American pro indoor league — in 1980, then played until 1992, when the competition folded. The original club folded then was reformed as the Baltimore Spirit, keeping that name until 1998, when it became the Blast again.

The Blast has been the most successful indoor soccer team of the 21st-century, winning nine titles across the MISL, NISL and MASL, while finishing runners-up four times. Each of these championships was won with the legendary Danny Kelly as a player or coach. Kelly won 71 percent of his matches from him at the helm as the Blast was continuously among the league leaders in attendance.

It’s 1982, the Baltimore Blast are taking on the New Jersey Rockets, and the teams are arriving in a spaceship. What an era. pic.twitter.com/d6k488yi28

Trivia time: what was the last team outside the top two tiers of American soccer to win the US Open Cup? The answer would be the Richmond Kickers. The Kickers participated in the 1995 version of the competition, the first iteration to feature professional teams but the last year before MLS. The fourth-tier Kickers defeated a pair of second-tier sides and remain the only fourth-tier side to win the Cup.

Richmond has also won titles in the second, third and fourth tiers of American soccer (maybe a record), which is as much a compliment to the club’s talent as it is an indictment of the turmoil professional soccer clubs face in the United States. Famous former Richmond players include ex-Canadian international Dwayne De Rosario and current Arsenal and USMNT keeper Matt Turner — not bad for a third-tier team.

the @RichmondKickers unveil the ’93 Legacy Jersey Set ahead of its historic 30th consecutive season.

Sure they spent a season on hiatus back in 1998 (when they were known as the Carolina Dynamo), but the North Carolina Fusion U-23 has been quietly plugging along for almost 30 years. The club won league titles in two of its first three seasons, but despite nine more division titles and a pair of successful seasons in the USL A-League, it has not won any silverware since.

The club has been a fourth-tier side since 2004 and rebranded as the North Carolina Fusion U-23 — although the name is misleading since the Fusion features multiple players over the age of 23.

Anyone noticing a geographic trend here? Three of the last five clubs are from the Carolinas, and the other two are just north in Maryland and Virginia. This region may have only recently gotten an MLS team, but it is teeming with persistent lower-tier sides, and of these clubs, the Charleston Battery may be the most successful.

The club spent 13 seasons in the second tier, winning two conference titles and an A-League championship. In the third tier, the Battery has been even more prolific, taking home three league crowns. Charleston is also the last non-MLS side to reach the final of the US Open Cup (2008).

Now back in the USL Championship as of 2017, the Battery will look to return to their winning ways of a decade ago.

Usually I’m not a fan of soccer teams playing on fields that are not soccer-specific. But if you ever have the chance to see Valley Stadium — where the Des Moines Menace play — you will quickly realize it’s far better than most lower-league soccer facilities in the US. The high school football stadium holds 10,000 fans and feels like somewhere a professional team would play.

While at Valley Stadium, the Menace has consistently averaged at least 3,000 fans per match — extraordinary attendance numbers for a fourth-tier side. The Menace has been a fourth-tier side every year but one (it was in the third tier for its inaugural campaign), and last year the club rewarded fans with its second-ever league title, winning 16 of the 17 matches it played.

Des Moines is once again off to a strong start this year — as it is undefeated through five league matches — dare we call the Menace the premier lower-league team of the Midwest?

While Valley Stadium is built for high school football, it is the envy of many a lower-league American soccer team

Via the Des Moines Menace

With a name inspired by Teddy Roosevelt, the Long Island Rough Riders franchise has been as resilient as its presidential namesake. The club has survived alongside two New York City-based MLS sides, and in 2016, it became a developmental side for NYCFC.

The Rough Riders’ most notable alum is former USMNT keeper Tony Meola, who led the club to a USISL Pro League (third tier) title in 1995. Long Island would repeat the feat in 2002 but has not advanced past the semifinals since. 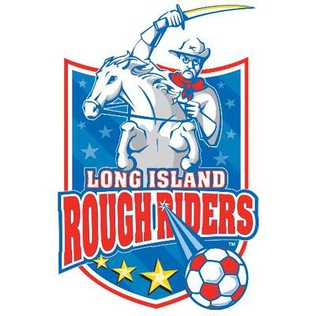