Six times in the past 20 years, Robert Kraft has stood on a stage in early February and accepted the Lombardi Trophy after the New England Patriots became Super Bowl champions. And six times, Kraft has seized the moment to offer remarks that can be both poignant and profound, and almost always included a common refrain.

“The fans of New England have been waiting 42 years for this day. We are world champions. And the Kraft family is happy to be associated with coaches and players who put team first, as the way they came out of the tunnel tonight. And in a way, the fact that our players and coaches at this time in our country when people are banding together for a higher cause can feel this special spirit of America, we’re proud to be a symbol of that in a small way. Spirituality, faith and democracy are the cornerstones of our country. We are all Patriots. And tonight the Patriots are world champions. ” 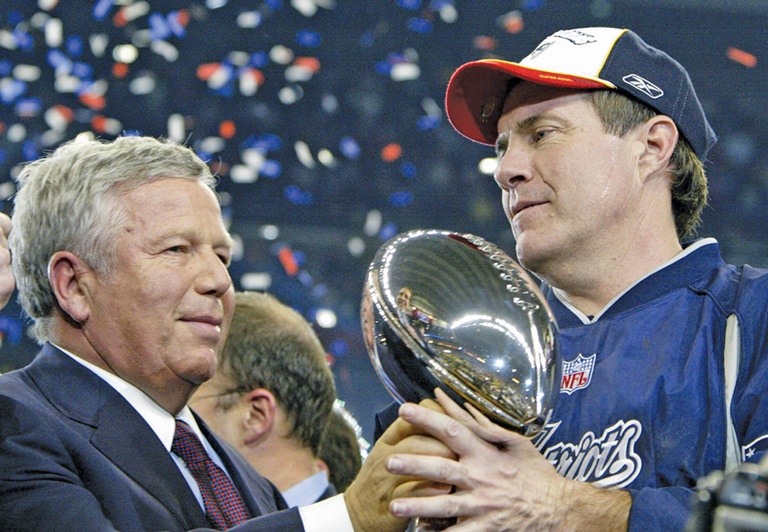 “Fans of New England: We waited 42 years for our first championship. We waited two years for the second. The 53 players, 17 coaches and the head coach, the heart and soul of our team, showed us what the concept of teamwork is about. And when that’s combined with perseverance and commitment great things happen. … In today’s era people celebrate individuals and individual accomplishments, but my family and I are proud of this man, coach [Bill] Belichick, who instilled the values ​​of power of team and because of that today, we have seen a true team and a true champion. ”

“Fans of New England, the best fans that any team could wish for. This is your third Super Bowl in four years. This great accomplishment happened because we are blessed to have smart, talented players, a brilliant, tireless coach in coach Belichick and his entire staff, and a great personnel department led by Scott Pioli. … The Super Bowl is the highest form of competition. Competition is the foundation of what made this country great, and I’m proud that we were able to win this Super Bowl stressing team and not individual accomplishments. We’re honored to be here. ” 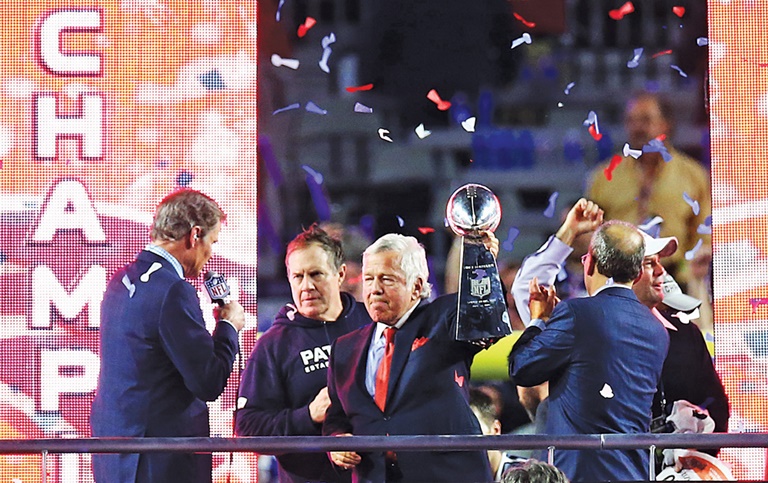 “To all the Patriots fans out there, wherever you are, this is our fourth Super Bowl championship in the last 14 years. The first one we won I thought was pretty special because it happened at a unique time in our country when it meant a lot. I never thought another trophy could feel as special, but this one abolutely does! And every true Patriots fan understands it. I want to thank the great coaching staff, the players, because we are all Patriots, and tonight once again the Patriots are world champions. ” 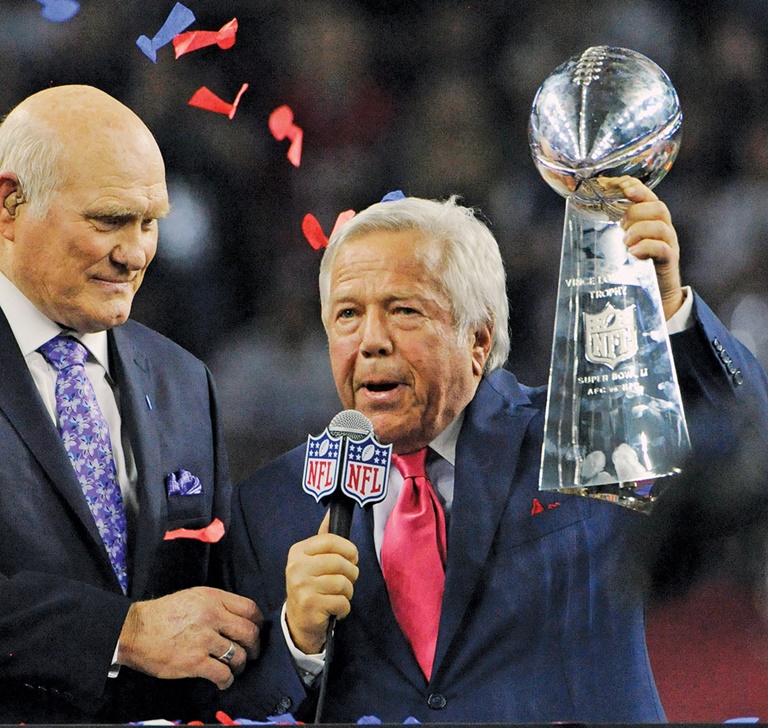 “Two years ago we won our fourth Super Bowl down in Arizona, and I told our fans that was the sweetest one of all. But a lot has transpired during the last two years – and I don’t think that needs any explanation – but I want to say to our fans, our brilliant coaching staff, our amazing players who are so spectacular: This is unequivocally the sweetest. I’m proud to say for the fifth time, we are all Patriots, and tonight for the fifth time the Patriots are world champions. ” 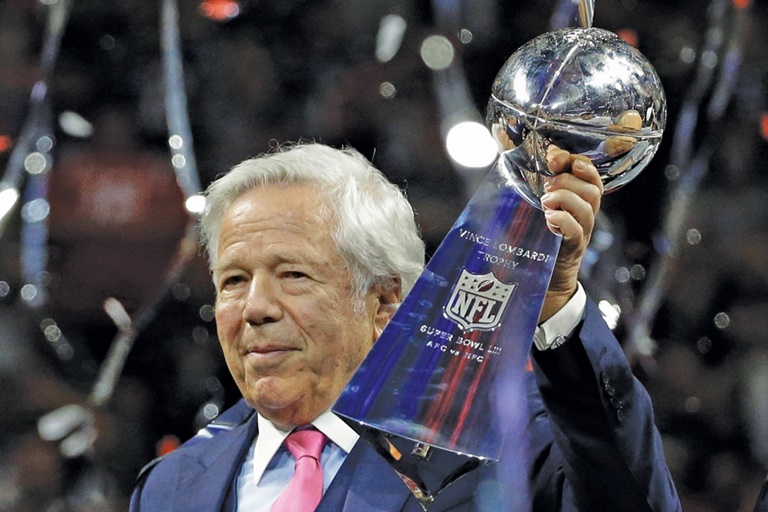 “Patriots fans, this is your sixth championship in the last 18 years. Truly an unprecedented accomplishment, really managed by exceptional players and coaches to whom all of us are forever grateful, but there is one constant throughout this whole 18 years, two men who are the best at whatever has been done in the history of the NFL: Bill Belichick and Tom Brady. Through their hard work and great leadership I am honored to say for the sixth time, we are all Patriots, and once again the Patriots are world champions. ”